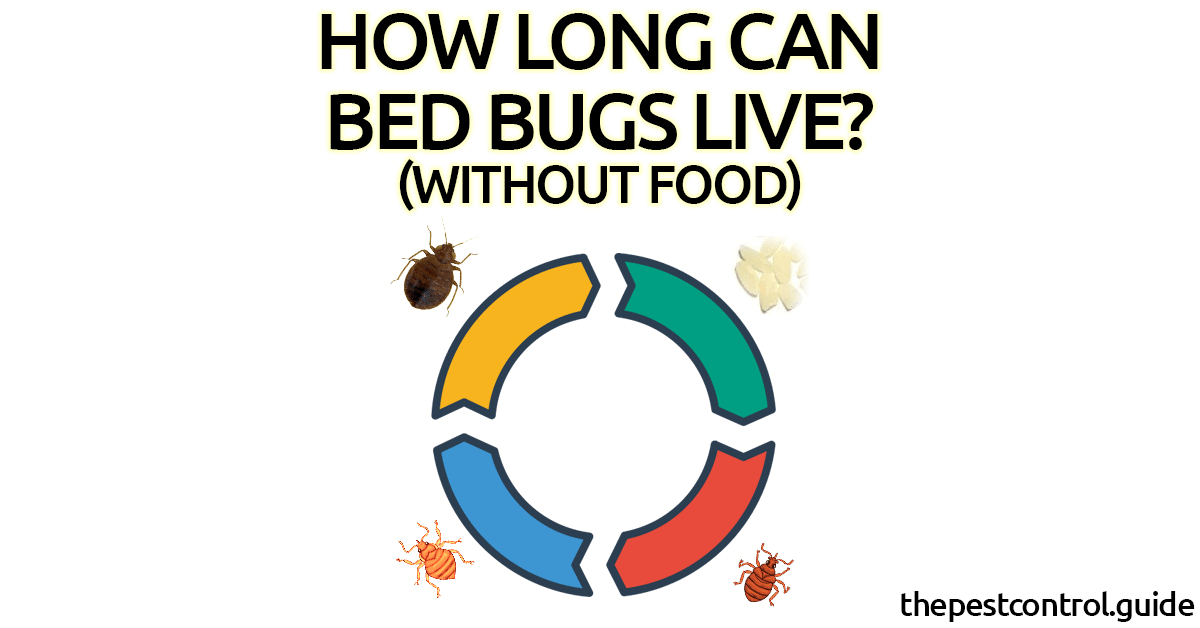 If you’re like most people, you probably think of bed bugs as little more than a minor annoyance. However, these pests can actually pose a serious threat to your health and wellbeing. Bed bugs are blood-sucking parasites that feed on humans, and they can be a real nuisance. If you’ve been unfortunate enough to have bed bugs in your home, it’s important to know how long they can survive.

In this guide, we’ll provide you with some information on how long do bed bugs live without food, as well as the lifecycle of bed bugs. So read on for all the information you need to know about these unwanted house guests!

Bed bugs are usually active at night when they emerge to feed on hosts. During the day, they usually hide in cracks and crevices near their feeding sites, which are commonly beds or areas where people sit for extended periods of time.

With that in mind, it’s really no surprise that bed bugs often hide in the cracks of mattresses and headboards, feeding when their unsuspecting victims sleep.

Life Cycle of a Bed Bug

In all stages of their development, bed bugs are quite resilient. They can survive for an extended time and even resist extreme temperatures. In fact, a bed bug can survive at temperatures as low as 4.5 degrees Celsius.

At the same time, bed bugs can also survive for a long time without a blood meal. However, the length of time varies greatly depending on each individual bug and its current stage of development.

Bed bugs undergo incomplete metamorphosis, which means that they hatch from eggs as tiny babies and go through several molts before they mature. Their life cycle can be divided into given stages:

The first stage of bedbugs starts in the egg. Although bed bugs can lay hundreds of eggs during their lifetime, a female usually lays between one and five eggs per day. Their eggs are very small, white, and pearly. At room temperature, they can take between six to 17 days to hatch. 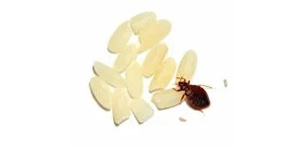 Their eggs are sticky after being laid, so they are deposited on rough surfaces where they can easily adhere. Eggs can be found just about anywhere in the home where bed bugs reside, including inside mattresses.

When newly hatched bed bugs reach the second stage of development, they’re known as nymphs. These small pests are very light in color and have a similar appearance to adult bed bugs. Nymphs go through five molts before reaching maturity.

Moreover, the nymphs change their skin through the process, they need to feed immediately after each molt.

Once they’ve matured, bed bugs become sexually reproductive adults. Adult ones are generally between four and five millimeters long, with an elongated, oval-shaped body. The color of bed bugs is reddish-brown and has a flat belly.

Their flat shape enables them to hide in small cracks and crevices near their feeding sites, where they remain until it’s time to feed.

At each stage of their development, bed bugs can usually survive without feeding for a short period of time.

The Lifespan of A Bed Bug

This is where things get a little complicated. While individual bed bugs can survive for an extended time, the lifespan of a typical bed bug is around one to two years. This estimate varies, however, depending on the specific species of bed bug and how favorable their living conditions are.

For instance, bed bugs that are well-fed and live in comfortable conditions are likely to live much longer than those who are hungry. This is simply because they don’t need to look for feeding as often.

How Long Can Bed Bugs Live Without Feeding?

So, a bed bug can survive a significant amount of time without feeding. But how long exactly? The short answer is it depends on what stage of development they are in.

At the nymph stage, it can survive without food for up to a month. At this point in their lives, they are too young for a blood meal.

When it comes to adulthood, the answer is again different for each bed bug. Generally speaking, bed bugs can survive for a few months without feeding in ideal conditions. This is equal to approximately 100-150 days.

However, this is not always the case. In some studies, they have been found to live for almost half a year without feeding.

How Often Do Bed Bugs Feed?

Bed bugs typically feed once daily because they digest the blood meal relatively quickly. This means that they typically take more than one feeding each day, and can survive for months after their most recent blood meal.

The intervals between feedings depend on several factors, including the age and species of the bed bug, how often a host is available, and how much food is available.

Bed bugs that feed every two to three days are typical in heavy infestations, while those that feed more often generally require a host more often.

How Long Can Bed Bugs Live Without a Host?

The right conditions are mainly temperature and humidity, which must be controlled to ensure bed bugs’ comfort. If they are left without a host, bed bugs are likely to die of thirst or starvation.

So, to sum up, all of the above information on how long can bed bugs live without food is quite interesting. The answer to the question really depends on the specific species but for most bed bugs several months.

However, they typically feed daily because it takes less time than digesting the meal. Hopefully, you get the answer you need.

The Pest Control is a participant in the Amazon Services LLC Associates Program, an affiliate advertising program designed to provide a means for sites to earn advertising fees by advertising and linking to Amazon.com. Learn More ...

The Pest Control offers tips and advice on how to deal with different types of pests. We try to clarify concepts that can be easy to understand, and we try to make them flexible. Our commitment is to present the latest guide on pest control, but we also pay attention to small details.